Our fifth morning in Varna went just fine. We felt like at that point of our trip we wanted to explore a bit outside the city and decided we would check out Balchik (Балчик), which is about 50 km North of Varna, just close to the Romanian border. What is interesting about this particular place is that there is the Residence of Queen Mary of Edinburgh, the wife of the Romanian King Ferdinard I, and surrounding it there is a very large botanical garden. We were curious to see what it was about the views there that fascinated those royals so much. Originally we were planning to go there with a tour agency and actually found this agency in the familiar Boris I Boulevard but after a few considerations decided we could tour this town on our own using the public transport. I wish we had decided to earlier in the day so that we would have had more time to spend in Balchik. Getting to Varna’s bus station (Автогара) wasn’t difficult and of course the buses they use have a certain Soviet feel to them even though they are cleaner and a bit more modern. There was nothing impressive about the bus station building but nor was there anything threatening or merely offputting unlike back home. We got our tickets fast and about 15 minutes later were on the bus to Balchik. It is really nice to be able to have these routine experiences in a new country. I can’t say our ride was particularly scenic because I noticed that a lot of houses on our way needed some renovation and actually it was the Black Sea that somehow helped some money coming in because quite a few people invest in property here. Whenever I got a glimpse of the Black Sea, I got really excited! I never lost touch of where I was! Overall the whole relief of this part of the country, which I assumed would be more mountainous, in fact really resembled the one back home. We got a view of the famous Albena and St.Elena and Konstantin resorts which are a little way off Varna and we knew all along this kind of places wouldn’t be good for us as there wouldn’t be much to do there. They didn’t look particularly exciting from what we’d seen anyway.

About an hour later we found ourselves in Balchik that came across as a very queit little place. We seemed like the only tourists here! We checked out the bus schedule and realized we only had a few hours here till the last bus back to Varna departed. We checked out the souvenir shop (it’s a must for me to get something to take back home from wherever I travel). We found out that the Palace is a 30-minute walk and we weren’t really excited about that on that hot afternoon. The area wasn’t much marked but we found our way around. 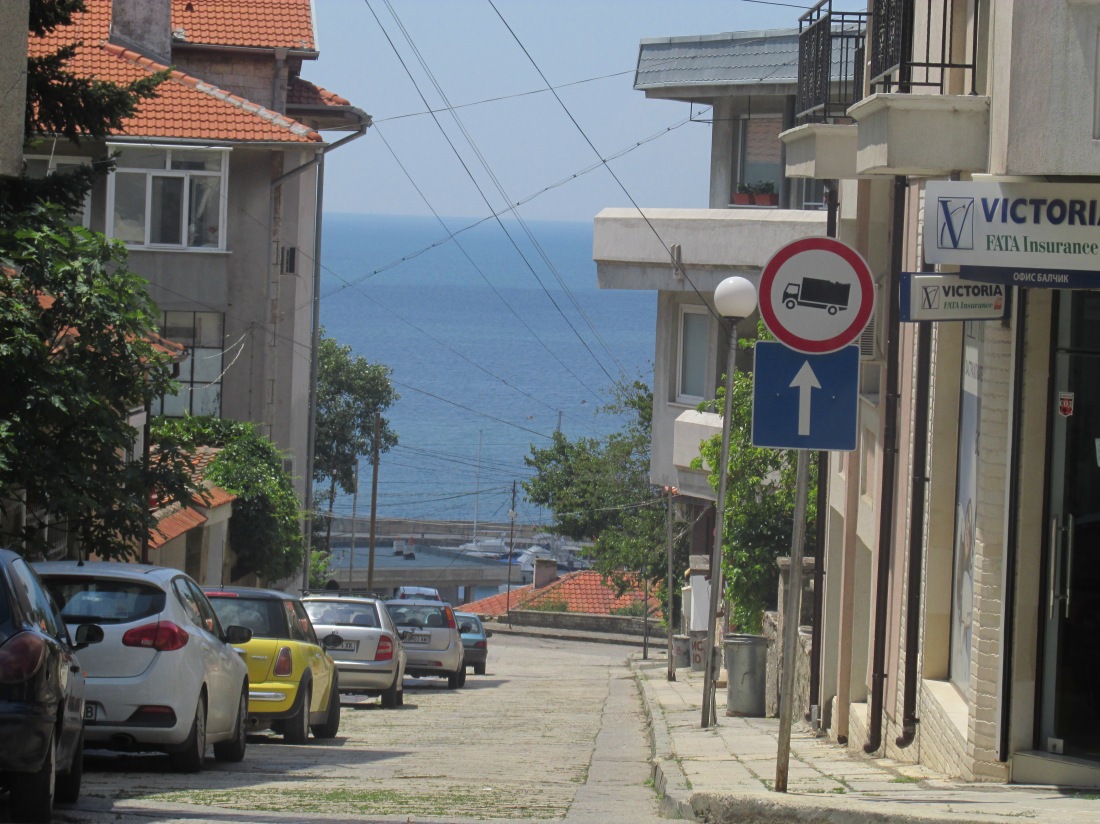 The sea, the sea! It was all around! I knew that would be the reason enough for me to love this place! In Varna you need to walk to the beach to see the sea but here it’s just everywhere, all the life gravitates around the sea! It felt as if I was walking along the Black Sea which was flirting with me dizzying glittering against the clear blue sky.

Standing on a pier here I felt I was just in the middle of the pure grey blue water (does it even really have one?) and no, I didn’t feel like jumping like those forty Bulgarian girls did off the Kaliakra Cape during the Ottoman rule because they were desperate not to give in to the Turks (well, you get all kinds of influences here). I was sorry we wouldn’t have time to get there and enjoy a spectacular view from this legendary place. It might give us something to come back for some day though… It was a really beautiful and scenic walk with the Black Sea on the left and snow-white hills of Balchik on the right!

Of course I took advantage of the view and posed for some photos! The sea does look good on me and scientists argue that we all tend to look a bit more alluring when we are around something/someone we are attracted to! Just waves and waves of happy vibes were everywhere in the air! 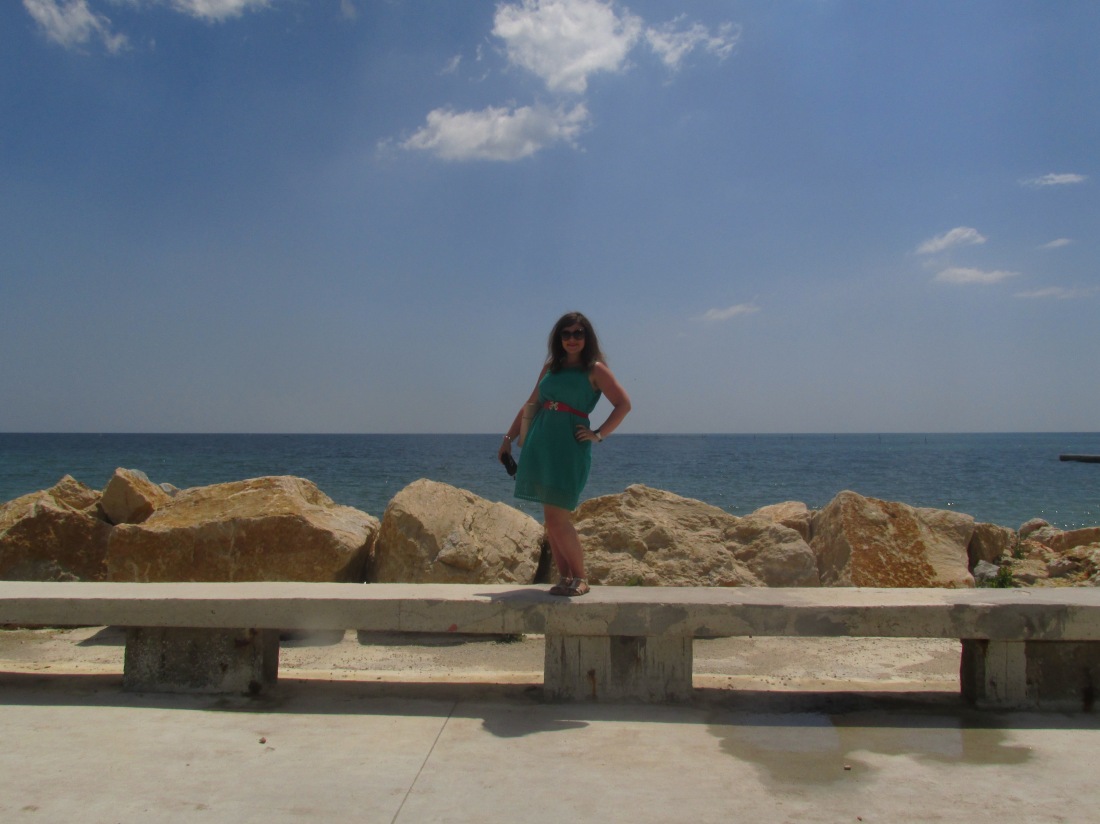 There weren’t crowds of people around and as we kept walking, I felt a bit jealous of people who owned all this property lining up the coast. Beautiful housing and beautiful cars is something I should probably be advised against looking at ever because as I am perfectly aware I might well never have either of these, they make me feel slightly uneasy and chagrined… And of course we could see the Palace in the distance – so here we were! Well, it didn’t look imposing at all, just a “quiet nest” as it is sometimes referred to but I wouldn’t certainly fail to see the appeal of living up there. On our way here we were cordially invited by some restaurant owners to come have late lunch at their place because, well, here it is the same way there and back!

We got tickets to see the rose garden of the palace and its interior. Well, now it came again – the floral symbol of Bulgaria! You could see a never-ending line of roses of various colours here – yes, and they were there overlooking the sea! The Balchik Botanical Garden can even be rivalled by one in Monaco! It was really spectacular and somewhat “girly” to tour this place! Smell and touch, smell and touch! It felt that lots of people all over Bulgaria have contributed to keeping this place running and blooming so gracefully and delicately. Every rose was marked with a sign but of course I remembered none of the names. Red ones were the most fabulous for me (I was definitely turning into a red lover here). I think one can spend the entire day in this floral paradise… Smelling and touching! 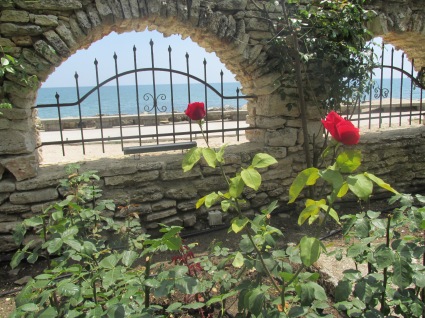 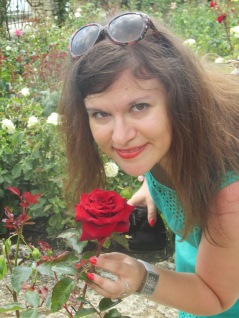 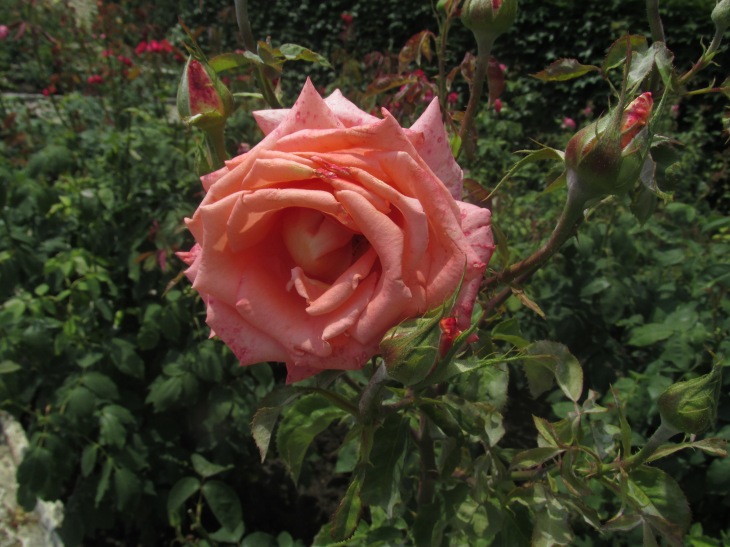 But we didn’t have too much time to spend here before the last bus back to Varna was due to arrive so we went straight to the Palace. There was nothing extraordinary inside it except for the view of the Black Sea through one of the little windows. The last stop was The Royal Wine Cellar. The famous “Snow Wine” is produced here. Grapes used for producing this wine are only harvested in early winter when the first snow comes and hence the name. They also produced one of fig and raspberry. We were generously offered to try all three by a very friendly Russian-speaking owner. I still feel the sensation on my lips after I’d had a bit of The Snow Wine. It felt so amazing on my lips and in my mouth, as if it was the wine I’d been waiting all my life to try! The wines we’d had here so far were mostly dry and that wasn’t totally to my taste but that one was just meant to be tried! What a beautiful taste and feeling! Take life easily and slowly and sip on a beautiful wine… I wish my idea of happiness was just that in my everyday life that I’d completely left behind. Of course I couldn’t resist getting all three of these wines to take back home! Just when things don’t feel right, they would help me to regain my feeling of happiness! 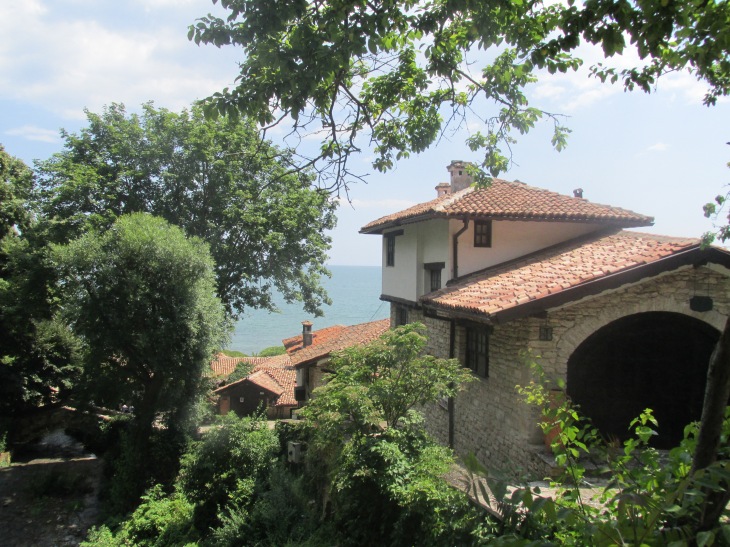 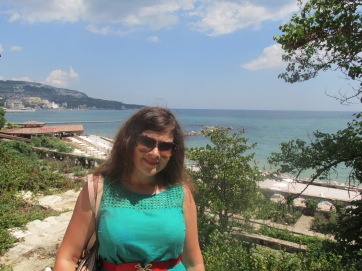 All we had time for is a meal before we went back to our “home” 50 km away. It was a very lush meal at a restaurant overlooking the sea where the waiter was ready to show off his skills in a number of languages including Romanian (yes, we were not far from it after all). Another helping of tarator (summer soup), lovely fish and a tiramisu – life is certainly beautiful even if you weren’t born into royalty! A walk back to the bus station seemed quicker and well, it was one very quiet and deserted bus station that brought us back to the 1990s!

We seemed the only people here and for a while we had trouble finding the ticket office! We did find the lady who was working there and she spoke some Russian, which was nice. It was interesting that a town with a palace could have a Soviet-nostalgia bus station! As we were sitting there waiting for our bus, we heard a tune by a famous patriotic Russian band “Lyube” playing on this lady’s phone and that set us off laughing but we had to keep our feelings in check! Do Bulgarians have a fondness of the Russian patriotic songs? It felt as if we heard the subtle noise of rye here in the Black Sea all of a sudden… As I got my last glimpse of a typical Balchik backyard right across the road from the station, I thought of Greece, which was also not infinitely far away… About an hour later we got back to the centre of Varna whose outskirts did look a bit intimidating again and had to remind ourselves that we have the sea here! We had to use the public transport to get to our hotel and had a little misunderstanding while paying the fare and that got my sister grumpy again. Well, I guess that’s a part of travelling and learning, even here in a Slavic country, with the Cyrillic alphabet…

We spent the evening swimming a bit, walking more along the central Varna, watching some very talented street performers and trying a new restaurant. It was just wonderful and very crowded! I knew I shouldn’t probably have been enjoying some fish and wine from New Zealand (it couldn’t compare with the one I’d just had in Balchik) at around midnight but that was what we deserved and felt like doing – let’s just live and take life slowly! Cheers to life and the Black Sea!